Sadly, with the parent company that owned the GAA, as well as 70+ other career colleges, declaring bankruptcy, The Golf Academy of America closed its doors for good in December of 2018, after 40+ years in existence. Despite this, Elliott continued on with Little Linksters and its Academy at Wekiva Golf Club.

In January of 2020, The Little Linksters Golf Academy opened a new satellite location at the Tee it Up Driving Range in Oviedo, FL. In 2021, that satellite Academy location moved to Mount Dora Golf Club in Mount Dora, FL. Elliott saw a great opportunity at Mount Dora to expose more children, in an otherwise golf deficient area for kids, to the game. Sadly, as is often the case in the golf  industry, during a management change at Mount Dora in January 2022, Little Linksters was no longer going to have the same opportunities that it was afforded in 2021 at this satellite location going forward.

the Little Linksters Association for Junior Golf Development (501c3) serves as the fundraising and outreach mechanism for offering opportunities to children that wouldn’t otherwise be able to explore or continue playing the game. 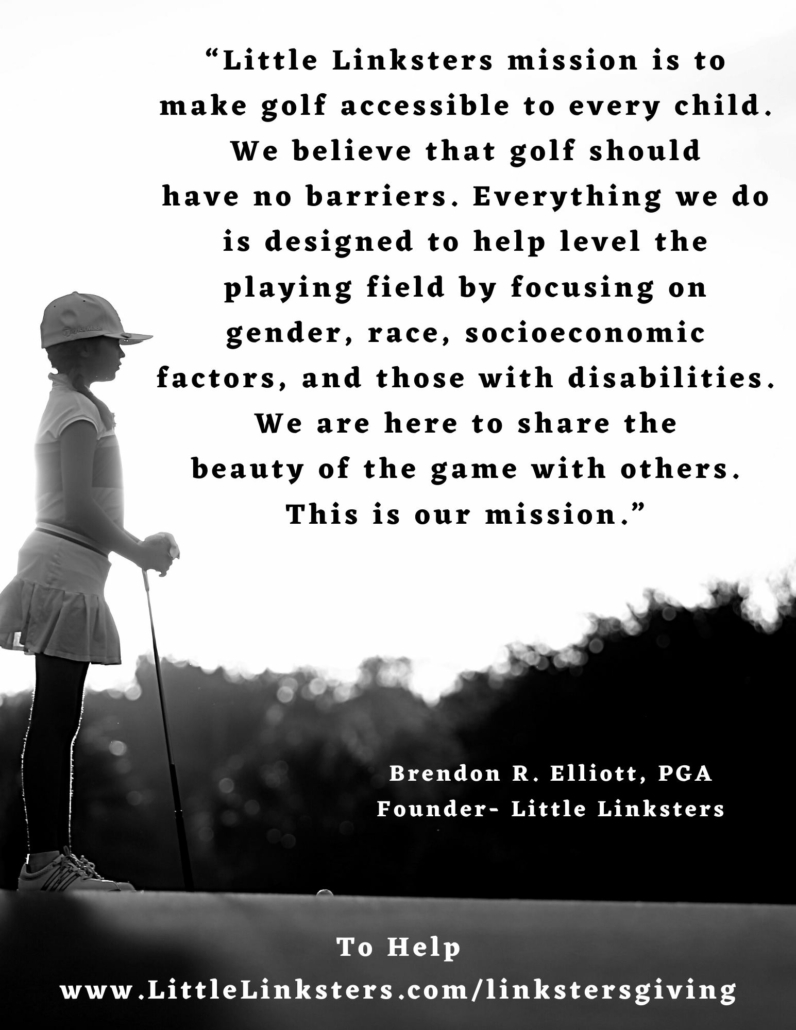 With locations in Central Florida at Wekiva Golf Club in Longwood, FL, Redtail Golf Club in Sorrento, FL, the Linksters Golf Lab indoor studio at Allstars SportPlex in Altamonte Springs, and after-school programs at locations throughout the greater Orlando area, Little Linksters has something for all kids, of all ages and ability levels! At Little Linksters, we welcome ALL youth, whether they are new to the game, or have been playing for many years, and encourage them to take part! Golf should have no barriers, and that is a belief we hold strong at Little Linksters…all backgrounds are welcome and encouraged to take part! For those that may have financial limitations, please contact us…we will find a way to help!

Lead by multiple local, State, National and International award-winning PGA Professional, Brendon Elliott, the staff of coaches at Little Linksters Golf Academies are some of the most trusted in the golf business.

** All our programs run through Little Linksters, LLC, which is our for-profit organization that our Academies are ran under. Money, that we raise through our 501c3, is earmarked for scholarship funding to help any and all kids, that may have financial barriers, take part in the game through our programming. We also aim to help intermediate to more advanced young golfers that need assistance by supplying them with new equipment, private and group instruction, tournament entry fees and more. Lastly, through our new Danny Mapes Memorial Lifetime Special Needs Scholarship program we want to help deserving youth with special needs, that love golf, take it to the next level.