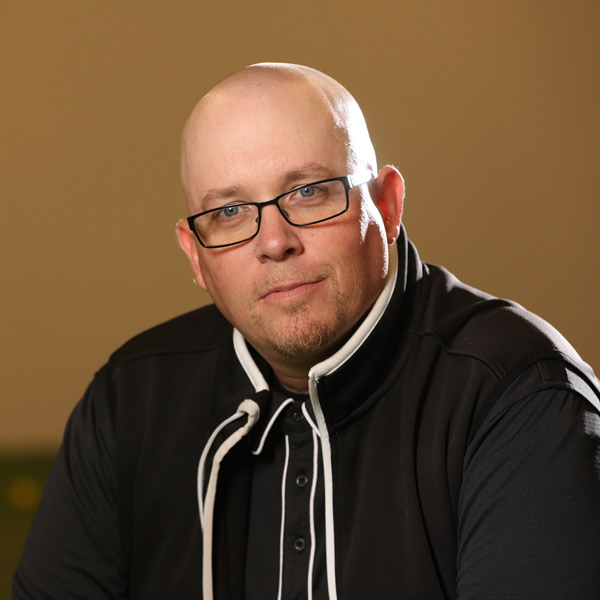 Brendon is Founder and Executive Director at Little Linksters Association for Junior Golf Development. He is also a PGA Staff Instructor at Golf Academy of America in Orlando, Florida.

Born and raised in the small upstate New York town of Norwich, Brendon is the oldest of three and turned 41 in May of 2016. He is married to his wife of of almost 17 years, Melisa and they are the parents to a beautiful daughter who was born in March of 2005 and a son who was born in August 2009. He began his golfing life when he was about 12 years old at the Riverbend Golf Club in New Berlin, N.Y. After a few years at Riverbend his father joined the Canasawacta Country Club in their hometown of Norwich, N.Y and Brendon began playing golf as much as he possibly could. He joined the boys varsity golf team at Norwich High School his freshman year and played all four years during high school, however, a broken hip and foot injury sidelined him for a bulk of that time. He returned to full strength his Senior year and played anywhere from the 4th to 1st spot on the very strong team. He finished 10th in the Conference Championship, shooting an 80 on a cold and blustery late fall day.

When he was 15, Brendon started working in the proshop at the Canasawacta Country Club. It was his first job and it was the start of his life in the golf business. After his high school graduation, Brendon attended the State University of New York @ Delhi and majored in Golf Course Operations.

While at Delhi he was a member of the men’s golf team. Upon graduation from SUNY Delhi he moved to the central Florida area to official begin my career in the golf business. Brendon has been working in the golf business for twenty-five plus years and is considered by his peers in the industry as one of the true leaders in the junior golf and growth of the game arena. After a successful run of 13 years at the Winter Park Country Club, the last 5 of those years as the GM & Head Professional, Brendon turned his attention toward growing the game of golf for kids of all ages but with a focus on children ages 3 to 10 years old.
Brendon founded the Little Linksters Golf Academy at Metrowest Golf Club in August of 2011. The Academy later moved to Wekiva Golf Club in January of 2014. Elliott now serves in an ownership and manager role with the Academy while he works on other projects including his 501c3 nonprofit, The Little Linksters Association for Junior Golf Development.

In January of 2013, Elliott became a PGA Staff Professional at the Golf Academy of America in Apopka, FL.

Elliott is a 2010, 2011 & 2012 US Kids Golf Top 50 Kids Teacher, a 2013 US Kids Golf Master Kids Teacher, a 2012, 2013, 2014, 2015 & 2016 Top 50 Growth of the Game Instructor as named by the Golf Range Association of America, the 2011, 2012, 2013 and 2014 ECC Junior Golf Leader, the 2013 & 2014 ECC Horton Smith award winner, and the 2011, 2012, 2013 & 2014 NFPGA Junior Golf Leader award winner. He was a finalist for the PGA’s National Junior Leader award in 2012, 2013, 2014, 2015 and is once again this year in 2016. In January 2014, Little Linksters was named the 2013 ING (International Network of Golf) Player Development Award winner.
Elliott has appeared in or been a contributor for numerous golf media articles with publications such as Golf Business magazine and PGA Magazine. His contributions have included topics ranging from Social Media to Junior Golf. Elliott was a guest on the Golf Channels Morning Drive in April of 2013 along with Dottie Pepper and Alan Wronowski. The threesome spoke on many different junior golf initiatives that are available to children of all ages. You can see a clip of Elliott’s appearance by CLICKING HERE  Elliott also appeared on Morning Drive in October of 2016 as part of Junior Golf Week. You can see clips of that appearance by CLICKING HERE as well as CLICKING HERE

Elliott is a sought out speaker on Junior Golf with a focus on children ages 8 and under. He spoke at the 2012 Proponent Group Annual Conference in October of 2012 which was held at Cog Hill Golf Club near Chicago. The event was held in conjunction with the 2012 Ryder Cup. Elliott spoke at the 2013 Southeastern Junior Golf Summit at Druid Hills Golf Club in Atlanta on November 4,2013. He was also a presenter at the 2014 PGA Youth & Family Golf Summit held during the week of the 2014 PGA Merchandise Show in Orlando, FL and Little Linksters G.O.A.L.S. program was featured at the 2016 PGA Youth & Family Golf Summit, also in Orlando.

Elliott is the Honorary President of the East Central Chapter of the NFPGA Section. He was also a NFPGA Section Board member from 2009-2015. He is Chairman of the ECC Junior Golf Committee as well as the Co-Chair of the NFPGA Junior Golf Committee. Brendon was also a member of the PGA of America’s 2012-2014 National Youth Player Development Committee and the 2010-2012 & 2012-2014 Public Relations & Communications Committee.