“We are live at the 18th green at Augusta National Golf Club and If this putt goes, they will be slipping on the Green Jacket…”

Let’s face it, if you are a golfer, in any form or fashion, you have played this scenario out at your home course, the local mini-golf track or even on your hardwood floor in your living room, numerous times.

Now, the question I pose to each of you — Does your putting stroke have what it takes to roll one in under the same pressure those at Augusta will feel over the next week?

With my students, I sometimes use acronyms to help instill concepts or drive thoughts home. In honor of the return of the Augusta National Women’s Amateur, or ANWA for short, I would like to play off that ANWA acronym to help you become a better putter…especially under pressure…

Your aim is a critical pre-stroke concept. The problem I see with many golfers however is what they are aiming at. Far too many become fixated with hole and nothing else. In most cases, we are rarely hitting a dead straight putt. That fact will never be more evident than what we will see over the next 9 days at Augusta National. To be a great putter, you must learn to become a great green reader. The best putters learn to focus on the apex point on their intended line to the hole. When you can learn to focus on that point in your putt, the one that is the highest point of the break, you are well on your way to becoming a better putter.

We often hear from players on the PGA or LPGA Tours that they wished they felt more free or natural with their putting stokes. While technique is important in putting, namely set-up, path and tempo, many golfers become crippled by those concepts. What suffers is the ability to have a free-flowing stroke where the club-head can freely release. When you practice your putting, and while keeping key concepts like set-up, and path in mind, try to make that final thought one of making a free released and flowing stroke toward your intended target.

There are many things that the great putters do that have really nothing to do with the putter at all. A great example of this is the idea of watching approach shots land on the green and seeing how they react and roll out. This can give you a great deal of information before you even step foot on the putting surface. In addition, learning to observe the topography of the course as you walk up to the green can also aid in making you a better putter. With its rolling terrain, Augusta National is the perfect example of a course that you would want to be “eyes wide open” on as you play.

We all know how critical the mental game is. Part of this is the attitude we keep as we play…and especially during the times we are scrambling and not at our best. Of all the aspects of the game, putting really seems to be that area where attitude is everything. It is no coincidence that the best putters in the game would be the first to tell you that they are the best. It is not because they know they are statistically at the top but more so that they genuinely believe that they are the best. Even on their worst day, they still believe they are great putters and know that putts will inevitably fall if they keep making confident strokes.

To recap…as you work on your putting in practice or as you roll the rock as you play, remember the acronym, ANWA… Aim, Natural, Watch, and Attitude. These concepts can truly help make you a better putter. 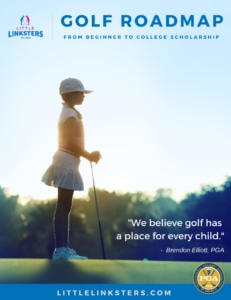 Win a free set of clubs!